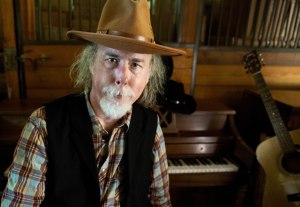 Like me, this site is devoted to country music with a particular tilt toward the classic country of the 1930s through the 1960s, the music of such giants as Jimmie Rodgers, the Carter Family, Ernest Tubb, Hank Williams, Hank Snow, Kitty Wells, Johnny Cash, Loretta Lynn, Kris Kristofferson, Willie Nelson and … well, you get what I’m talking about.

If you want to learn more about me, my songs and my shows—that would be Tennessee Walt’s The Other Great American Songbook, Tennessee Walt’s Bristol & Beyond: The Birth of Country Music, Tennessee Walt’s Hanks a Lot!, Tennessee Walt’s Riding with the Outlaws and Tennessee Walt’s Three Chords & the Truth: Country’s Greatest Songwriters—you’ve come to the right place. But I see this site as more than that. Ideally it’s also a place where people who share a taste for this kind of music and an interest in the world out of which it arose can learn some new things and enjoy the virtual company of like-minded people.

If you look around the site, you’ll find a blog that aims (at irregular intervals) to inform, intrigue and even amuse you; video and audio recordings of Tennessee Walt songs, both classics from the golden age and originals written in the same spirit; information on where you can see Tennessee Walt shows and even book a show; and links to some cool sites.

Is there something else you’d like to see on this site? No promises, but I’d certainly like to hear about it – or, for that matter, about what you think of the site in general.  Drop me a line at tennwalt@gmail.com.

I hope to see you down the road!